Albertsons Companies LLC is an American grocery company founded and headquartered in Boise, Idaho. It is privately owned and operated by investors, including Cerberus Capital Management.

With more than 2,200 stores and more than 250,000 employees, the company is the second-largest supermarket chain in North America after Kroger, which has 2,778 stores. Albertsons ranked 53rd in the 2018 Fortune 500 list of the largest United States corporations by total revenue. Prior to its January 2015 merger with Safeway Inc. for $9.2 billion, it had 1,075 supermarkets located in 29 U.S. states under 12 different banners. Its predecessor company, Albertsons, Inc., was reorganized as Albertsons LLC and sold to AB Acquisition LLC (a Cerberus Capital Management-led consortium). After buying back the majority of its former stores it sold to SuperValu in 2006, AB Acquisition announced it would change its name to Albertsons Companies Inc. in 2015. The company’s corporate name was Albertson’s until 2002, when the apostrophe was removed. 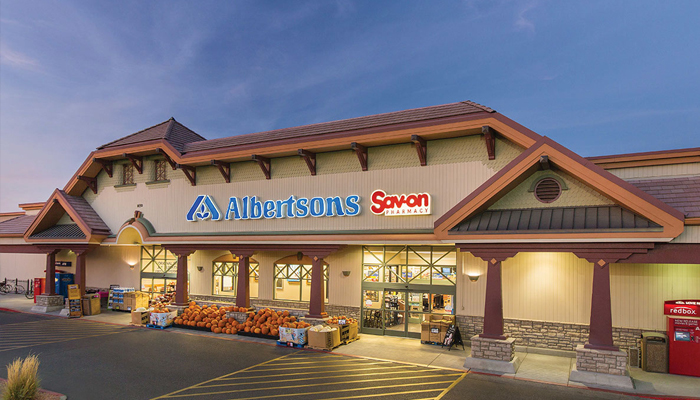